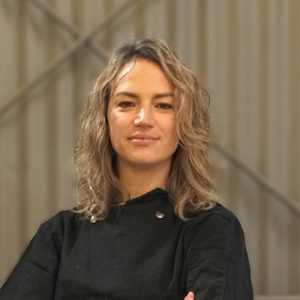 Coconut oil. So many people are balls deep in this stuff, banging it in smoothies and what-not, and touting it as a ‘superfood’. Should they be? Let’s get one of the most important points out of the way: it tastes delicious. Obscenely delicious. Like, crazy, delicious. That’s pretty much why we use it. End point.

But coconut oil isn’t anything that special, it’s just a fat, and mostly saturated fat, which has about as good a rap as Biebs (although modern research is suggesting saturated fat is not a villain after all, so you can cool your jets over that). Studies are showing that although it contains mostly saturated fats, coconut oil has a positive effect on blood cholesterol by increasing HDL Levels. HDLs remove excess cholesterol from the tissues and carry it to that legendary liver, who then converts the cholesterol into bile salts (which enter your digestive tract, help break down fats, and then get shat out). That’s why they’re winners. LDLs do the opposite thing – they transport cholesterol to tissues where they can be used to synthesise cell membranes and steroids and what-not. That’s all great, but when levels of LDLs are excessive, the LDLs start bogging the cholesterol any old place – like your precious arteries. This makes the arteries narrow and gooey, increasing your risk of heart disease (or your heart completely freaking itself and you being very sick or very dead). Not good. That’s why LDLs are generally considered bad. So besides being okay for the heart, coconut oil contains mostly medium chain fatty acids which are easy for the body to utilise as energy. Some of those are called lauric acid, and these are the chums which have some anti-viral, anti-bacterial and anti-fungal effects. Excellent. But eating loads of lauric acid in coconut form is not going to cure AIDS or TB so calm down!

We might sound like we’re being jerks to coconut oil. Sorry coconut oil, you’re not a loser, but you’re not a superfood! Be consoled though, dear coco, that there are no oils that are perfect. Olive has little omega-3 and is unstable and palm oil is out, as its trade kills orangutans like some sort of unstoppable, rebel force. It’s also associated with heart disease – stuff that. Canola oil is no saint either, despite the promises on its packaging – it’s extraction uses heat resulting in a processed, partially oxidised (ie. rancid) oil which increases inflammation. Damn you greasy kings of the tastebuds, damn you all!

So, in summary, coconut is not a superfood but it’s a welcome part of your diet. Coconut oil has some excellent properties, but let’s not be silly sausages – we must also give a respective nod to avocado, oily fish, nuts, and flaxseeds. The more we research nutrition, the more we realise, it comes down to simple variety.

P.S. Coconut oil is great for rubbing on titties.